This week’s bulletin was made possible with information provided by KI1U, VA3JK, QRZ DX, the OPDX Bulletin, 425 DX News, The Daily DX, DXNL, Contest Corral from QST and the ARRL Contest Calendar and WA7BNM web sites. Thanks to all.

MALTA, 9H. Members of the Gozo Amateur Radio Society plan to be QRV as 9H9GRS from Comino Island on June 27 and 28. Activity will be on 80 to 2 meters, including some UHF bands, with five stations active simultaneously. QSL via bureau.

SPAIN, EA. Members of the European Radio Amateurs Organization are QRV as AO10EURAO until July 15 to celebrate their 10th anniversary. QSL via EA3CIW.

REUNION ISLAND, FR. Mario, FR4QT will be QRV as TO90R on June 27 and 28 to celebrate the 90th anniversary of the REF. QSL to home call.

JERSEY, GJ. Members of the Jersey Radio Society will be QRV as GJ15IG from June 27 to July 3 during the XVI Island Games. QSL via operators’ instructions.

CZECH REPUBLIC, OK. Special event station OL21UEFA is active until June 30 during the European Football Championship for players under 21 years from Prague, Olomuc and Uherske Hradiste. QSL via OK2KYD.

BELGIUM, ON. Members of the Waaslandse Radio Club are QRV using special event call sign ON700VAART until the end of June to celebrate 700 years of the waterway Stekense vaart. QSL via bureau.

SABA, ST. EUSTATIUS, PJ5. Operators Terry, K4RX, Chris, W3CMP and Dick, K5AND are QRV as PJ5A from St. Eustatius Island, IOTA NA-145, until July 6. Their emphasis is on 6 meters but there will be some HF and low band activity as well. QSL via M0URX.

SLOVENIA, S5. Special event station S5100WW will be QRV from July 1 to August 31 to commemorate the 100th anniversary of the Isonzo Front Battles of World War I. Activity will be on the HF and VHF bands and will take place where there were military stations active at the time. QSL via operators’ instructions.

CANADA, VE. Mike, KI1U is QRV as KI1U/VE9 from Grand Manan Island, IOTA NA-014, until June 29. Most of his activity will be during ARRL Field Day. He may also be active on Satellite SO-50 as time permits. QSL to home call.

THIS WEEKEND ON THE RADIO. ARRL Field Day, NCCC RTTY Sprint, NCCC Sprint, His Majesty King of Spain SSB Contest and Ukrainian DX DIGI Contest are all scheduled for this weekend. The 10-10 International Spirit of 76 QSO Party runs from June 29 to July 5. The RAC Canada Day Contest and CWops Mini-CWT CW Test are scheduled for July 1. Please see June QST, page 86 and the ARRL and WA7BNM contest web sites for details.
NNNN
/EX

Source: W1AW Bulletin via the ARRL. 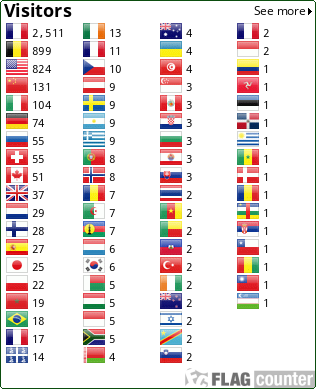